What Makes a Food Processed? 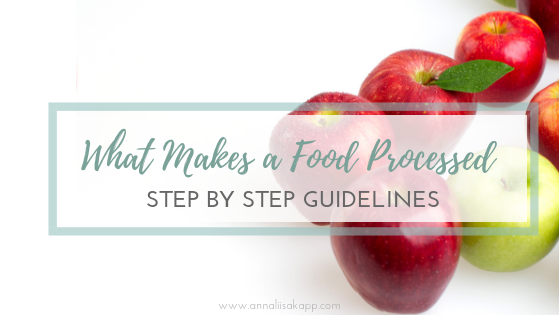 The world of food can be so confusing at times. There was a time when it was clear what food was – it came directly from nature – whether foraging, hunting, or farming.

Now there are so many things we eat that don’t resemble a natural food.

Michael Pollan has a famous quote, he said:

Eat Food – Not too much – Mostly Plants

And in his famous book, In Defense of Food, he defines what food should be. He says, “Don’t eat anything your great-great-grandmother wouldn’t recognize as food.”

And, we can all agree that some things are obviously not recognizable by our great-great-grandmothers: candy bars, fast food, and sports drinks.

We can also say that many of the common health issues we face today: heart disease, diabetes, some cancers, cavities, etc. didn’t exist at near the rates before industrially processed foods became available.

But, where do we draw the line? How do we define processed? How processed is processed? And what the heck is ultra-processed?

Allow me to let you in on the internationally recognized classification system. And we’re going to go through it step-by-step with an apple.

According to NOVA, the official definition of unprocessed or natural foods is:

“The edible parts of plants (seeds, fruits, leaves, stems, roots) or of animals(muscle, offal, eggs, milk), and also fungi, algae, and water, after separation from nature.”

This is like eating a whole apple right off the tree – clearly unprocessed.

So next time you feel uncertain, ask yourself, “Did my food come from the earth, fall from a tree, grown on a bush, swim in water, or run around?” If the answer is no, it’s been processed.

“natural foods altered by processes such as removal of inedible or unwanted parts, drying, crushing, grinding, fractioning, filtering, roasting, boiling, pasteurization, refrigeration, freezing, placing in containers, vacuum packaging, or nonalcoholic fermentation. None of these processes adds substances such as salt, sugar, oils or fats to the original food.”

So, with our apple example, once you cut the apple’s core out and put the slices into a container to bring with you for your afternoon snack, you are processing it – minimally. You can even peel and boil that chopped apple to make applesauce. And, as long as you don’t add anything else (like cinnamon), it’s still considered minimally processed.

Processed foods, on the other hand, are relatively simple products made by adding sugar, oil, salt or other processed ingredients to unprocessed foods.

“Most processed foods have two or three ingredients. Processes include various preservation or cooking methods, and, in the case of bread and cheese, non-alcoholic fermentation. The main purpose of the manufacture of processed foods is to increase the durability of unprocessed foods, or to modify or enhance their sensory qualities.”

So, if you take that applesauce, add cinnamon, and/or use it in a recipe, you technically have processed the apple.

This can still be a healthy choice, as you’ll see in the next definition of ultra-processed.

Here’s where things get interesting and scary!

“Industrial formulations typically with five or more and usually many ingredients. Such ingredients often include those also used in processed foods, such as sugar, oils, fats, salt, anti-oxidants, stabilizers, and preservatives. Ingredients only found in ultra-processed products include substances not commonly used in culinary preparations, and additives whose purpose is to imitate sensory qualities of [unprocessed] foods … or to disguise undesirable sensory qualities of the final product. [Unprocessed] foods are a small proportion of or are even absent from ultra-processed products.”

So, pre-packaged apple strudel with a long shelf life is very much an ultra-processed food. If you took a look at the ingredient list of pre-packaged apple strudel (one with a long shelf life), you would see added sugars, oils, preservatives, and flavour enhancers. And we can argue that the healthy apple is a small (very small) proportion of the strudel.

There is a clear delineation between unprocessed (the apple) and ultra-processed (the pre-packaged strudel with a long shelf life) foods. An apple is nowhere near what a mass produced apple strudel is. But, there are a couple of different categories in between these – namely minimally processed and processed.

It’s clear that unprocessed (apple) and minimally processed (plain applesauce) foods are almost always quite healthy and nutritious. It’s also clear that ultra-processed food is not so healthy.

Now that you know the definitions of these foods, I think you’ll agree with me that the commonly used term processed is often referring to the industrial ultra-processing of foods.

I’d love to hear your thought on these definitions. Let me know in the comments below. 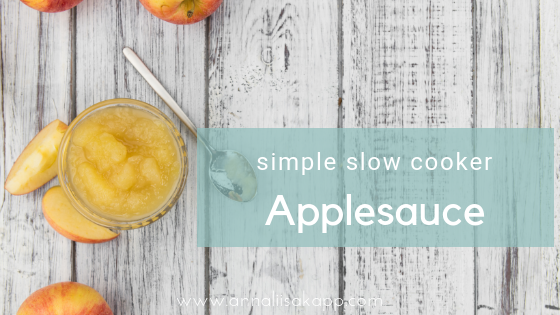 Place apples and water in a large pot.

Bring to a boil and simmer until apples are soft about 20 minutes.

Blend or mash the apples into desired consistency.

Tip: Add some cinnamon for extra flavour, mix in strawberries when in season, and use the applesauce to make overnight oats! 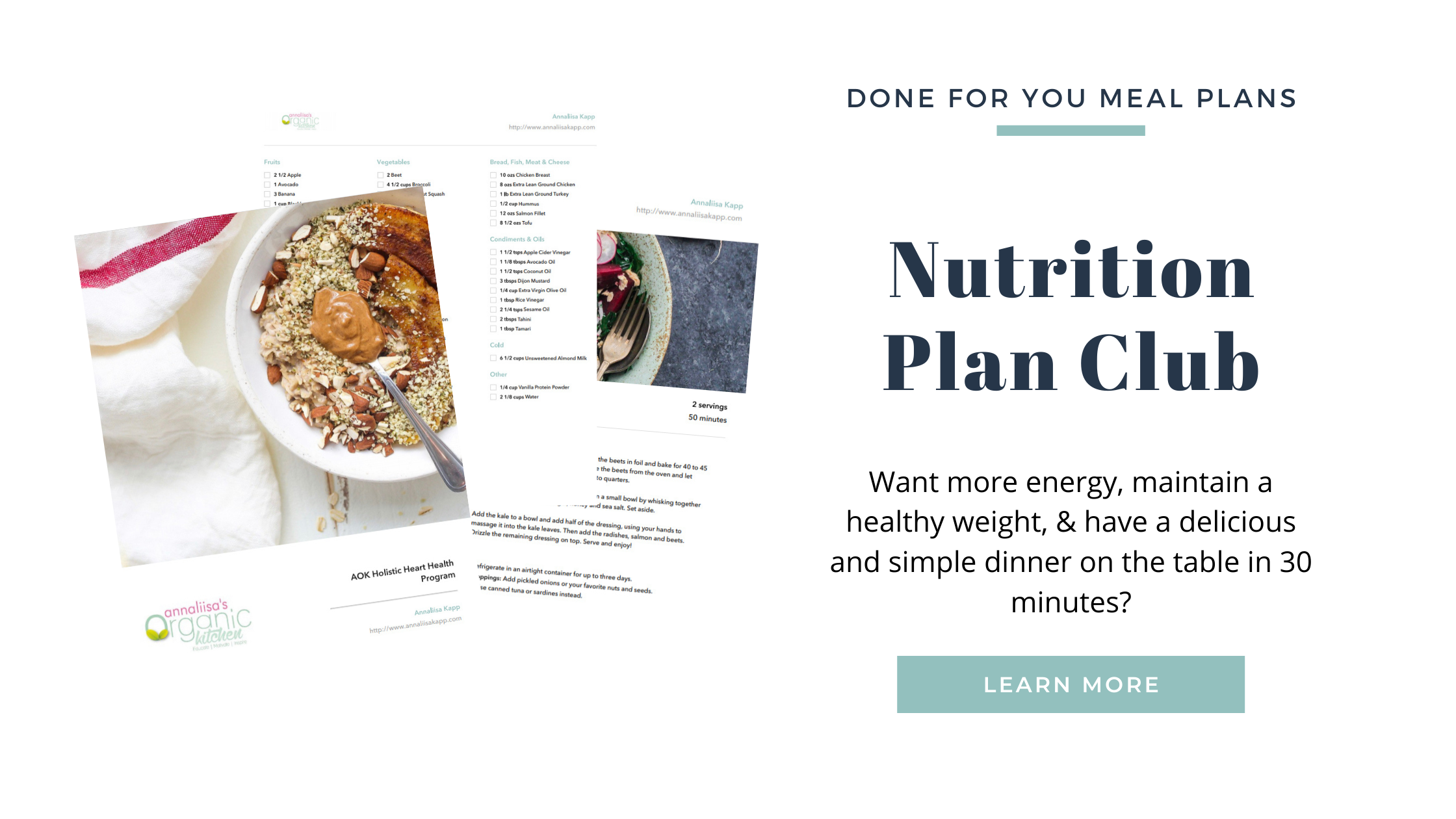 Take the first steps to get your energy back! 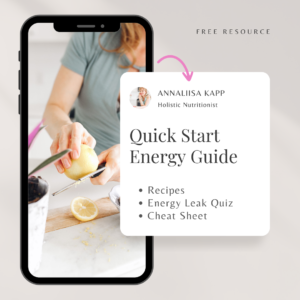 Book in for your complimentary, no obligation, free Fatigued to Fabulous Energy Breakthrough Session with Annaliisa 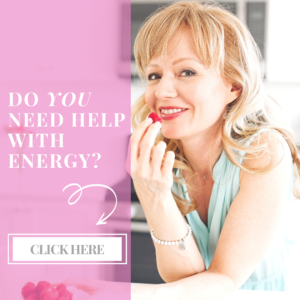 Check out more free resources to live your best life! 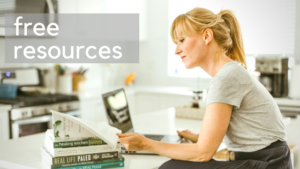 This Sliding Bar can be switched on or off in theme options, and can take any widget you throw at it or even fill it with your custom HTML Code. Its perfect for grabbing the attention of your viewers. Choose between 1, 2, 3 or 4 columns, set the background color, widget divider color, activate transparency, a top border or fully disable it on desktop and mobile.